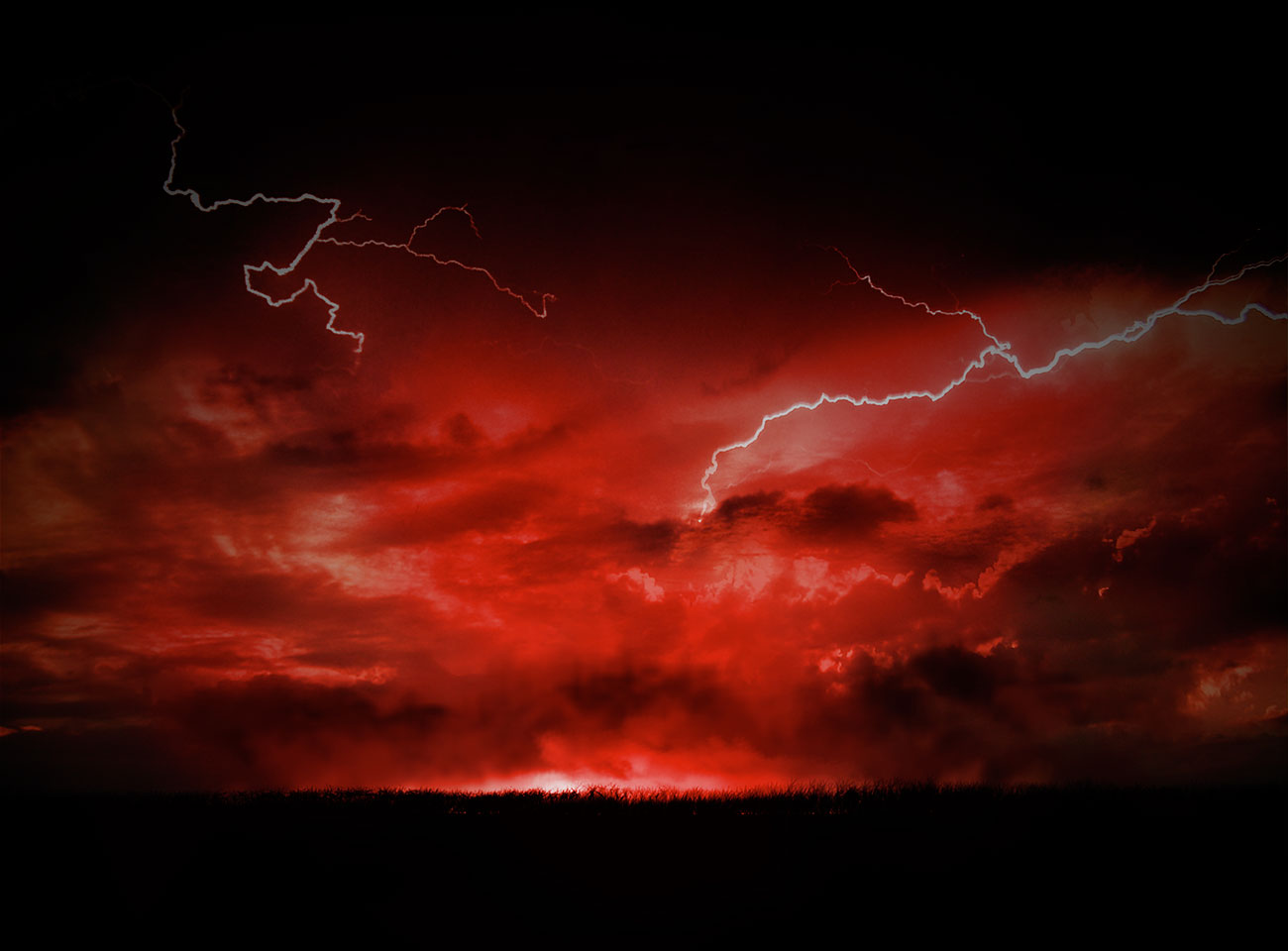 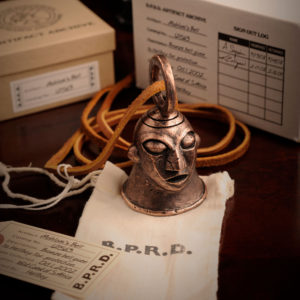 We’ve been thrilled and honored to be part of the “Hellboy” and “B.P.R.D.” universe since we launched the Artifact Archive Collection with Mike Mignola in 2012.

For this line, we’ve created replicas of amulets and talismans that Hellboy and the rest of the B.P.R.D. team have uncovered throughout the entire 20-plus year run of these comics. They’re the sort of artifacts that would have been collected on different adventures, stored away in the B.P.R.D. archives and forgotten.

Each replica comes in an archive box with a hang-tag, catalog number and sign-out sheet. (The latter has some cool Easter eggs for those of you who know the Hellboy timeline well!) 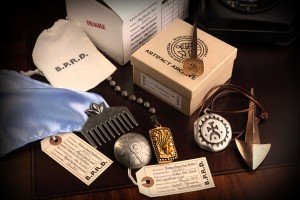 Created by Mignola and published by Dark Horse Comics, “Hellboy” and “B.P.R.D.” follow the iconic character while he . . . you know, if you don’t know Hellboy by now, after more than 20 years’ worth of comics and TWO feature films, with a possible third on the way if Ron Perlman gets his wish, you’ve been missing out! Get to your local comic shop and get to reading!

Like our “Locke & Key” line, most of our Mignola-verse replicas are cast in pewter right here in New England, hand-cleaned and polished, and plated in a variety of fine metals, including copper, silver and gold. 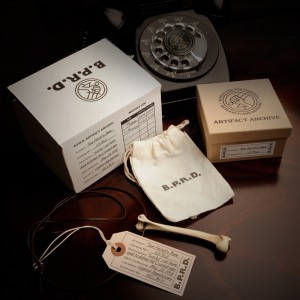 Our first two pieces in the Artifact Archive Collection were the Bog Roosh’s Nail and Bishop Zrinyi’s Silver Button in 2012. Since then, we’ve created about three new designs each year.

In Summer 2015, we released the sold-out Tom Ferrell’s “Lucky” Bone (limited to only 100 pieces!) and Edel Mischrasse’s Medal, followed by the hyper-limited Thadreian Frog and the 19-inch, hand-carved Troll Witch’s Spoon in 2016!

Keep checking back for more updates to this super cool line! 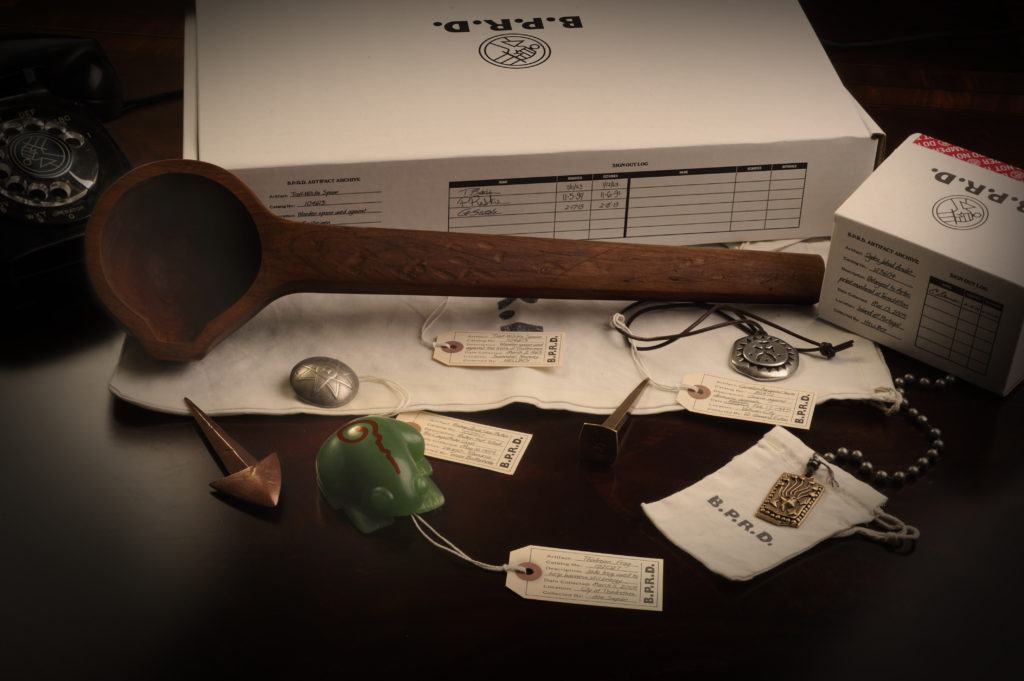